Gainsborough and the Anglo Saxon Chronicles

The Anglo Saxon Chronicle is probably the earliest written record of the town some 53 years prior to the Domesday Book. Both accounts are dealing with King Sweyn of Denmark and later his son Canute who was crowned King of England after his fathers death. 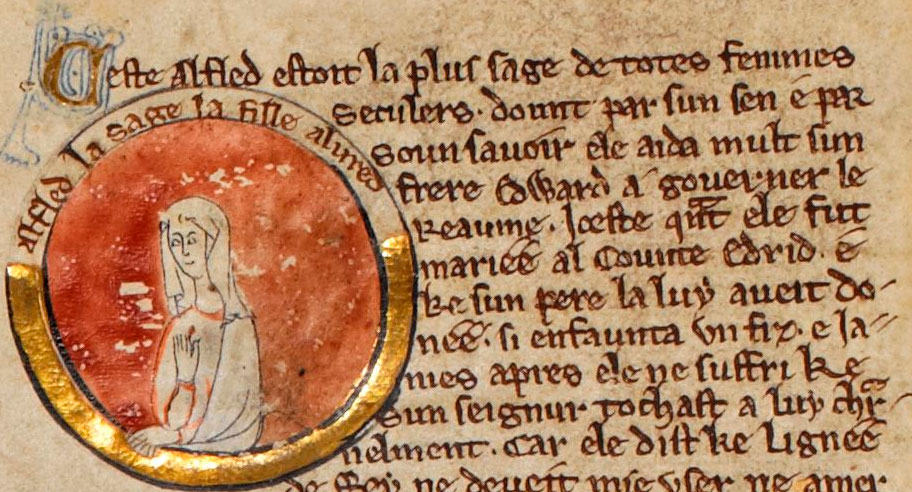 A.D. 1013. The year after that Archbishop Elfeah was martyred, the king appointed Lifing to the archiepiscopal see of Canterbury. And in the same year, before the month August, came King Sweyne with his fleet to Sandwich; and very soon went about East-Anglia into the Humber-mouth, and so upward along the Trent, until he came to Gainsborough. Then soon submitted to him Earl Utred, and all the Northumbrians, and all the people of Lindsey, and afterwards the people of the Five Boroughs, and soon after all the army to the north of Watling-street; and hostages were given him from each shire.

When he understood that all the people were subject to him, then ordered he that his army should have provision and horses; and he then went southward with his main army, committing his ships and the hostages to his son Knute. And after he came over Watling-street, they wrought the greatest mischief that any army could do. Then he went to Oxford; and the population soon submitted, and gave hostages; thence to Winchester, where they did the same. Thence went they eastward to London; and many of the party sunk in the Thames, because they kept not to any bridge. When he came to the city, the population would not submit; but held their ground in full fight against him, because therein,was King Ethelred, and Thurkill with him.

Then went King Sweyne thence to Wallingford; and so over Thames westward to Bath, where he abode with his army. Thither came Alderman Ethelmar, and all the western thanes with him, and all submitted to Sweyne, and gave hostages. When he had thus settled all, then went he northward to his ships; and all the population fully received him, and considered him full king.

The population of London also after this submitted to him, and gave hostages; because they dreaded that he would undo them. Then bade Sweyne full tribute and forage for his army during the winter; and Thurkill bade the same for the army that lay at Greenwich: besides this, they plundered as oft as they would. And when this nation could neither resist in the south nor in the north, King Ethelred abode some while with the fleet that lay in the Thames; and the lady (57) went afterwards over sea to her brother Richard, accompanied by Elfsy, Abbot of Peterborough. The king sent Bishop Elfun with the ethelings, Edward and Alfred, over sea; that he might instruct them.

Then went the king from the fleet, about midwinter, to the Isle of Wight; and there abode for the season; after which he went over sea to Richard, with whom he abode till the time when Sweyne died. Whilst the lady was with her brother beyond sea, Elfsy, Abbot of Peterborough, who was there with her, went to the abbey called Boneval, where St. Florentine’s body lay; and there found a miserable place, a miserable abbot, and miserable monks: because they had been plundered. There he bought of the abbot, and of the monks, the body of St. Florentine, all but the head, for 500 pounds; which, on his return home, he offered to Christ and St. Peter.

A.D. 1014. This year King Sweyne ended his days at Candlemas, the third day before the nones of February; and the same year Elfwy, Bishop of York, was consecrated in London, on the festival of St. Juliana. The fleet all chose Knute for king; whereupon advised all the counsellors of England, clergy and laity, that they should send after King Ethelred; saying, that no sovereign was dearer to them than their natural lord, if he would govern them better than he did before. Then sent the king hither his son Edward, with his messengers; who had orders to greet all his people, saying that he would be their faithful lord — would better each of those things that they disliked — and that each of the things should be forgiven which had been either done or said against him; provided they all unanimously, without treachery, turned to him. Then was full friendship established, in word and in deed and in compact, on either side. And every Danish king they proclaimed an outlaw for ever from England.

Then came King Ethelred home, in Lent, to his own people; and he was gladly received by them all. Meanwhile, after the death of Sweyne, sat Knute with his army in Gainsborough until Easter; and it was agreed between him and the people of Lindsey, that they should supply him with horses, and afterwards go out all together and plunder. But King Ethelred with his full force came to Lindsey before they were ready; and they plundered and burned, and slew all the men that they could reach. Knute, the son of Sweyne, went out with his fleet (so were the wretched people

deluded by him), and proceeded southward until he came to Sandwich. There he landed the hostages that were given to his father, and cut off their hands and ears and their noses. Besides all these evils, the king ordered a tribute to the army that lay at Greenwich, of 21,000 pounds. This year, on the eve of St. Michael’s day, came the great sea-flood, which spread wide over this land, and ran so far up as it never did before, overwhelming many towns, and an innumerable multitude of people.

Your ticket for the: Gainsborough and the Anglo Saxon Chronicles

Gainsborough and the Anglo Saxon Chronicles