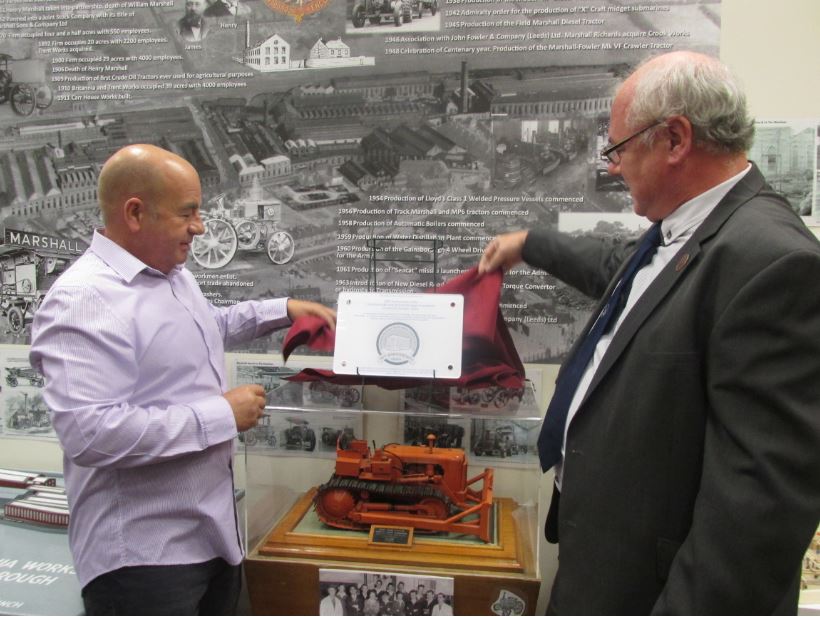 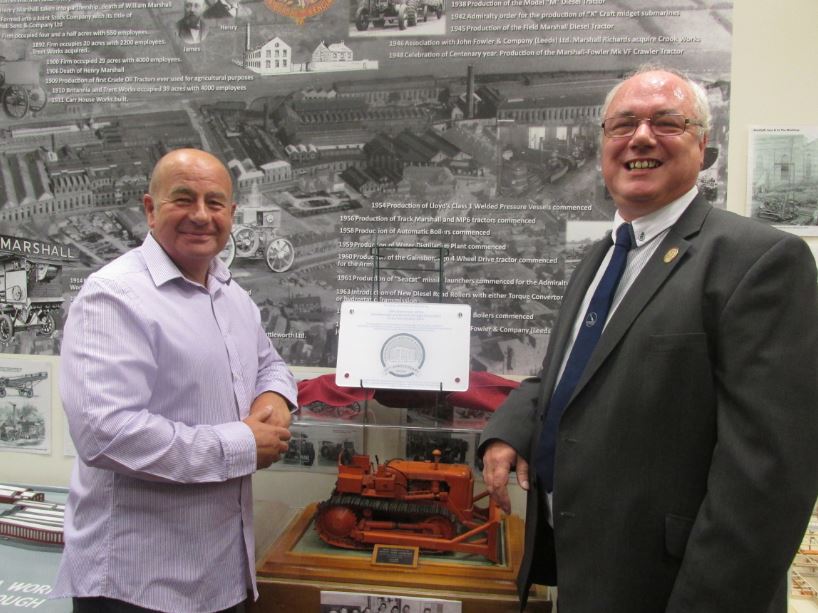 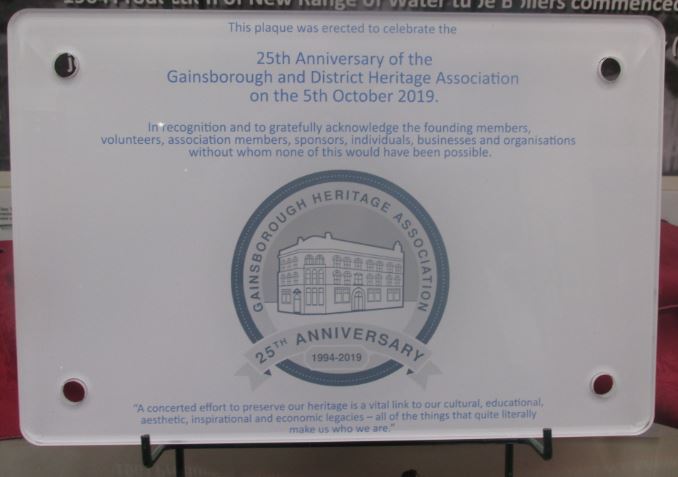 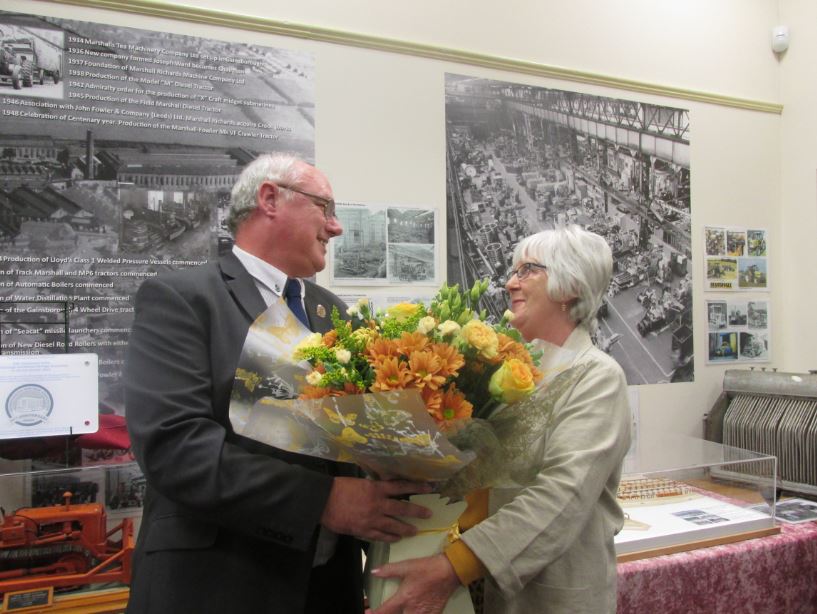 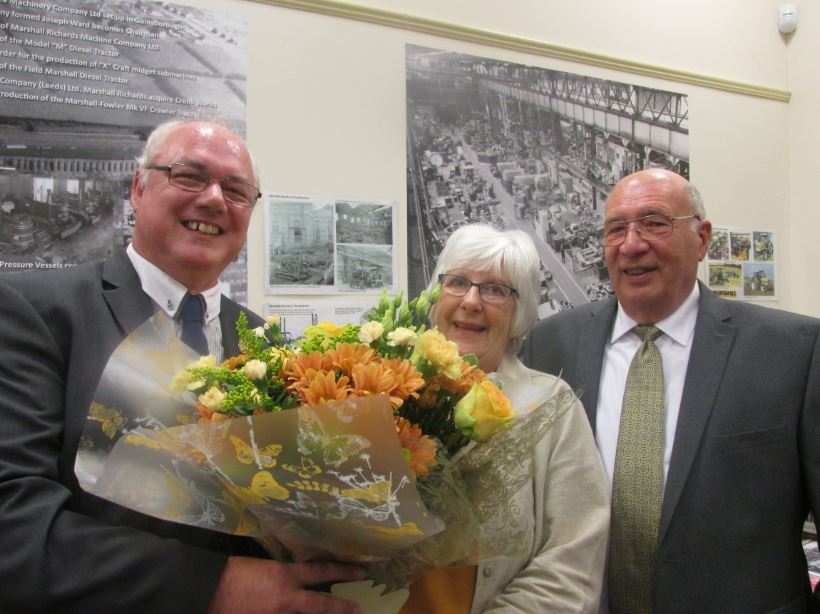 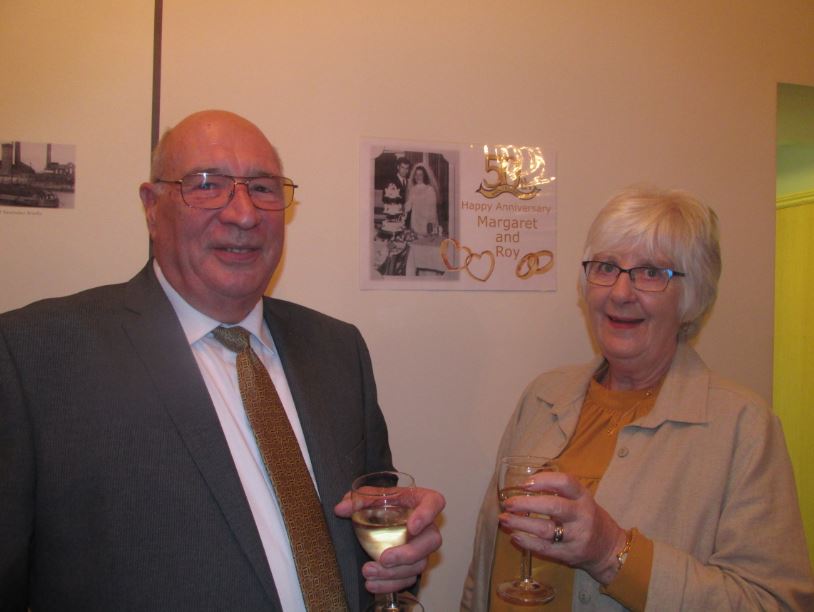 Gainsborough has a fascinating story including little known facts about the town such as Alfred The Great being married in the town back in the year 868. The town even became the country’s capital back in 1013 when King Sweyn lived at the Gainsborough Old Hall. Gainsborough has had many royal visitors over the years including King Henry VIII who visited the town in 1541 as part of his Northern Progress. Gainsborough’s key position alongside the River Trent meant it was seen as a key crossing point.  As a consequence,  it witnessed many battles during the English Civil War and was held by both the Royalists and the Parliamentarians on more than one occasion.

With industrialisation Gainsborough gained two major factories that brought many families to the town for work. Marshall, Sons & Co., manufacturers of traction engines and tractors including the Field Marshall, threshing machines, boilers and much more. 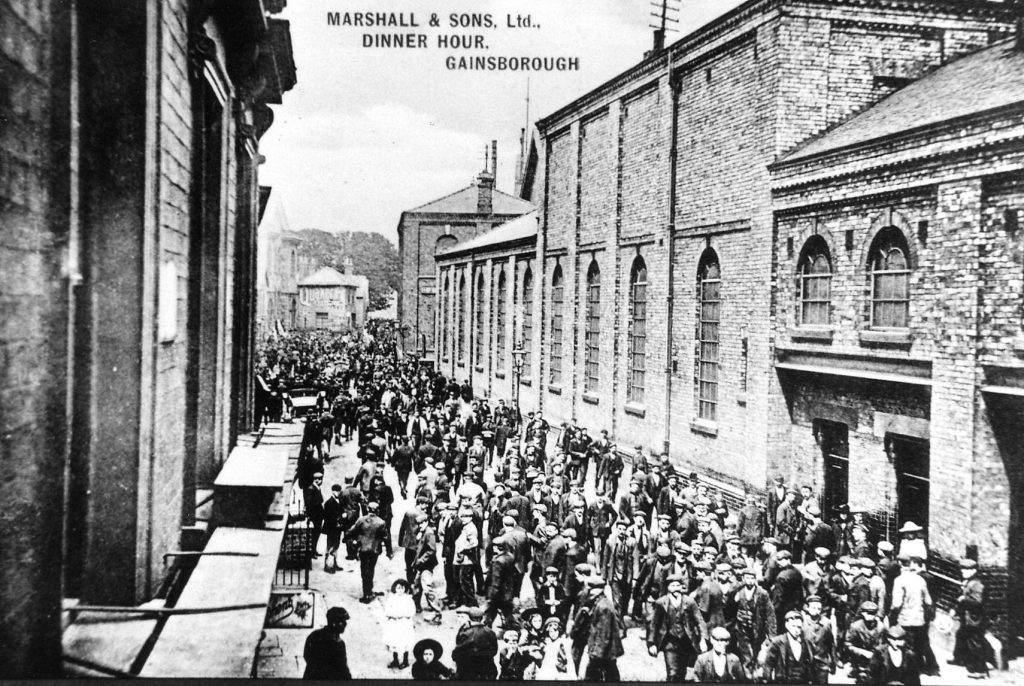 The other major employer, Rose Brothers, well-known throughout the country as makers of packaging machinery for the confectionery industry and particularly for Cadburys chocolates so your “Roses” chocolates are in fact named after Mr William Rose! 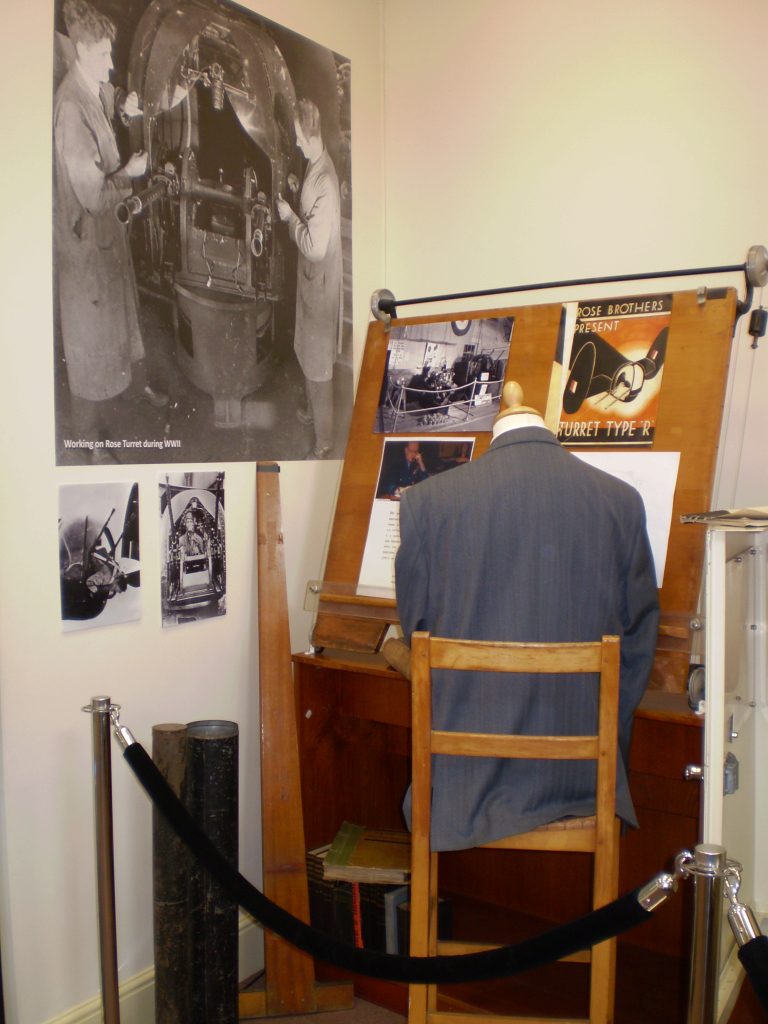 The UK’s Ping factory was also set up in Gainsborough by Roy and Pat Freeman to assemble golf clubs and heads and still continues its work in the town. 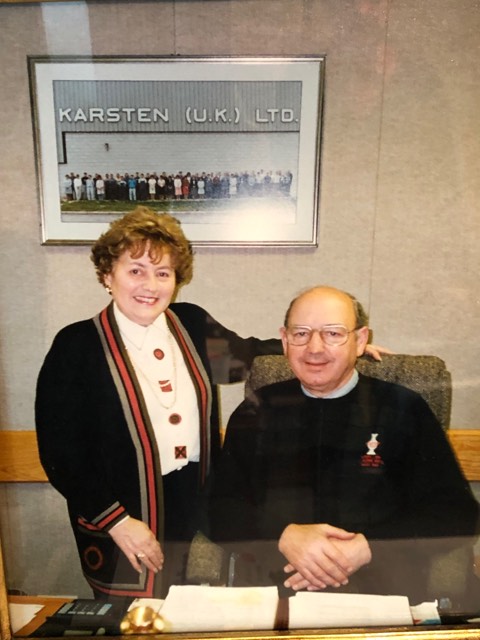 However, it had been a long journey before the Association was even developed in the town. In 1933 a letter appeared in the Gainsborough News:

On many occasions has the need for a museum at Gainsborough been brought to the notice of the public, but never has any attempt been able to secure a suitable building for the purpose, with the result that many local discoveries which should have been retained for the town have been deposited in the County Museum. That a Museum should be obtained for Gainsborough becomes more apparent every day. When we remember how many thousands of articles may be found in the homes of old Gainsborough people, surely here is a nucleus of a collection which would do justice to the old town. Unique and historical discoveries are continually being unearthed for which there is no public accommodation. “

Those campaigning for a museum drew attention to other nearby towns, and museum collections that had already developed in those areas. In fact, Gainsborough was way behind many other towns and cities. A series of public museums were developed across England from the early nineteenth century.  Some began with natural history collections. Many were established as a source of local pride. After the creation of the Victoria and Albert Museum in 1852 others were established, based on what became known as the ‘Kensington Method’ – as a “schoolroom for everyone” – and as sources of design they became inspiration for local trades people. A second wave of independent museums grew out of the ‘New Social History Movement’ of the 1960s and 1970s, as local people reacted to the closure of traditional industries and the associated rapid changes to their communities. Yet such initiatives largely bi-passed Gainsborough, however, local people who were interested in their local area began to research and collect photographs or memorabilia.  Discussion groups such as the Delvers were created for people to find out more and discuss their local heritage. As these grew, it became increasingly apparent that there was a need to preserve items of historical importance and create a space for sharing and learning about Gainsborough’s story.

In 1993 a momentous event occurred when both Paul Kemp and Andy Birkitt who later became founders of the Association launched a two-day exhibition held in Richmond House. Paul recalls how people were queuing in the snow to visit the exhibition and how they worked really hard on the project ensuring thousands of photographs were on display. 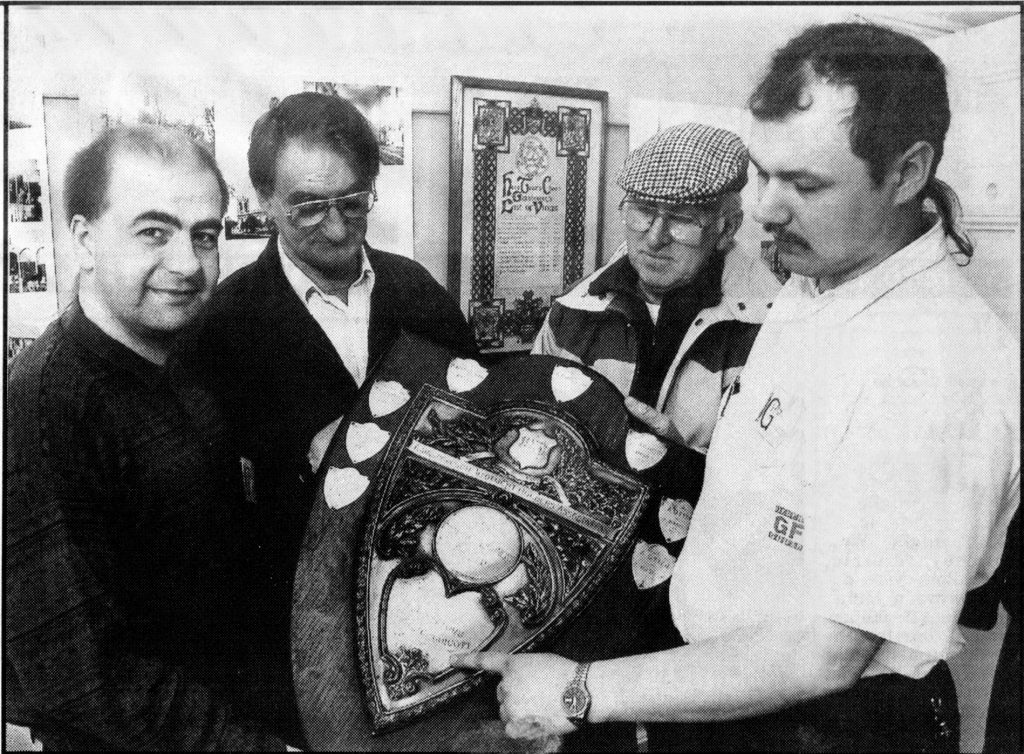 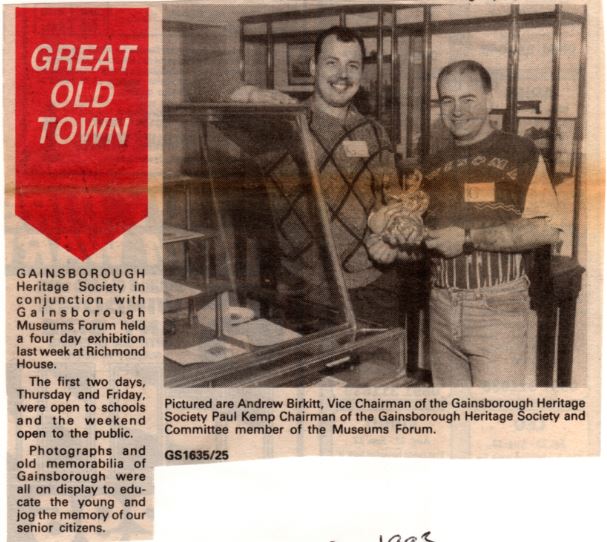 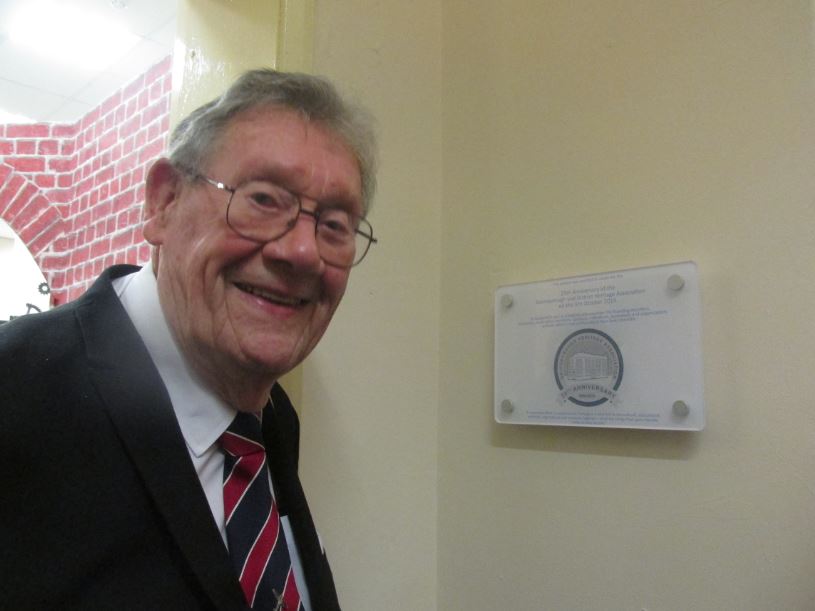 As part of the campaign Paul sent a letter to the Gainsborough News in addition to a copy of the letter that was sent to the paper in the 1930s: “When will the people in power who can do something about this, realise that very shortly all the history that is attached to the older generation of Gainsborough folk will disappear with them if there is no place for them to leave it to. We have proved there is concern with nearly 2000 people in four days attending our Old Gainsborough exhibition at Richmond House. Will Gainsborough have to wait another 63 years, and my son to write the same letter again before we can get a Museum.”

Thankfully support in the early 1990s led to the creation of the Gainsborough and District Heritage Association so the town did not have to wait another 63 years for a museum. The Association was officially created on 16 March 1994 when a public meeting was held at the White Hart Hotel in Gainsborough. Appreciation was expressed to Nettleham Engineering Company Ltd who offered premises within Marshalls old Offices for the first Heritage Centre based at Britannia Chambers, Beaumont Street. A vote at the public meeting showed everyone in attendance being in favour of the formal establishment of the Gainsborough and District Heritage Association, a massive achievement for the town. 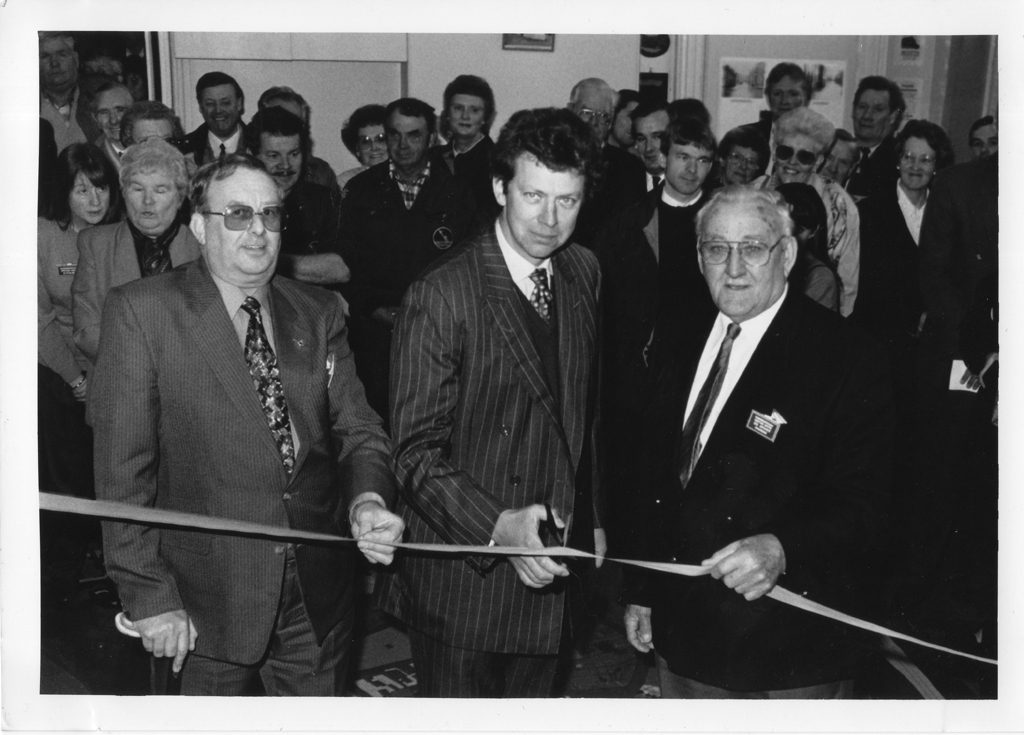 The Grand opening of the first Gainsborough Heritage Centre in 1994 included a fantastic array of vehicles from tractors to traction engines to celebrate the historical achievements of the town’s industrial past. 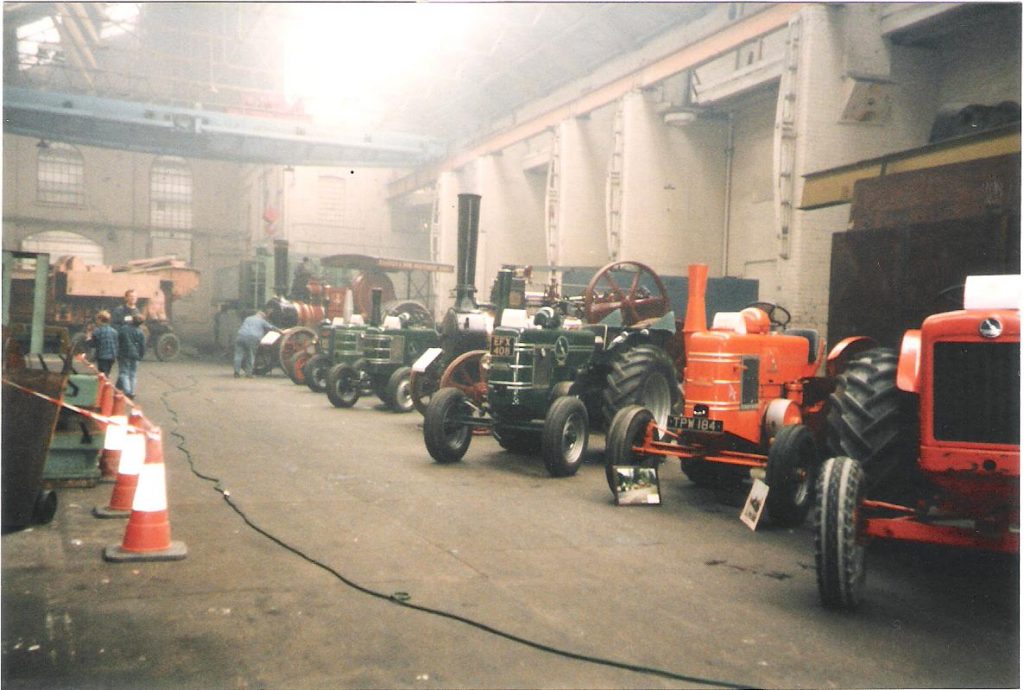 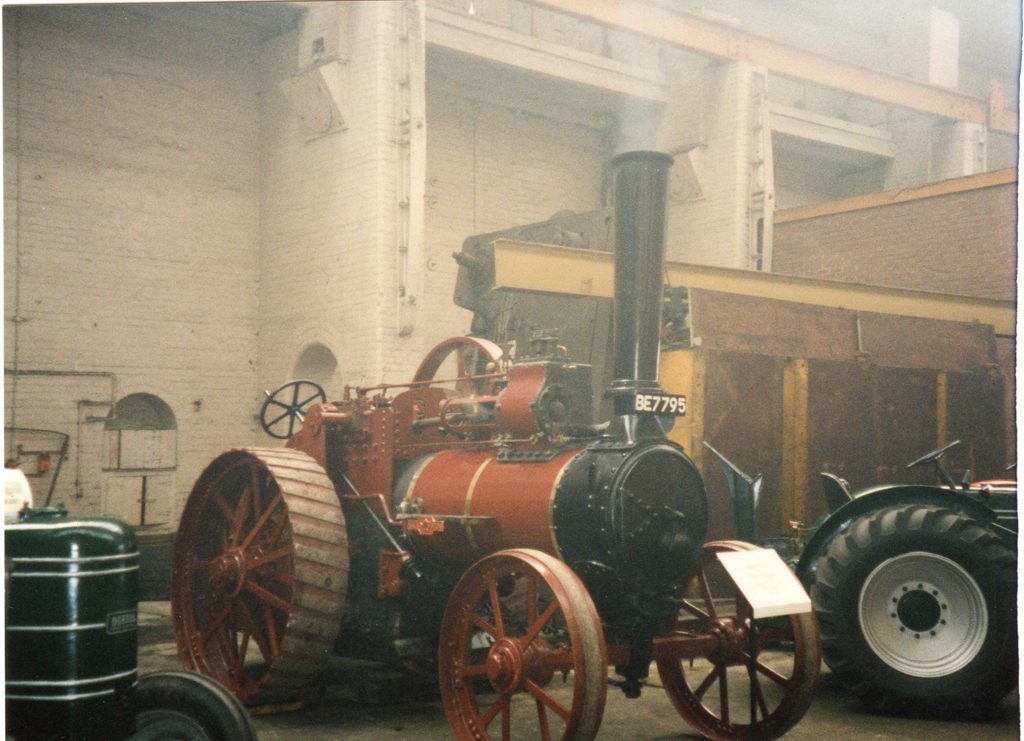 Grand Opening of the first Heritage Centre in 1994

Gainsborough people had been campaigning for a museum for many years and the exhibition held at Richmond Park showcased donations from historical objects to photographs with items from the general public being donated and brought in over the exhibition days. The first Heritage Centre expanded on this first exhibition with further increases in donations and twenty-five years later people continue to donate historical objects and photographs to ensure that items are not lost and continue to keep the heritage of Gainsborough alive. The Association was developed to record the town’s heritage and mark its achievements with public exhibitions, events and a space where essentially items donated are preserved for future generations. 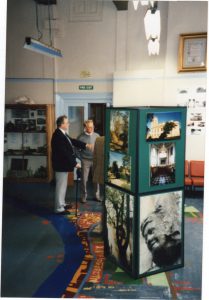 Pictured above is the first Heritage Centre (1994) in Marshall’s old buildings, Beaumont Street

The Association has also seen much support over the years from many people including Harold Bradshaw who helped with financial support in the early years. Phyllis Peart a keen supporter of the Association helped in many ways and donated many objects and memorabila to the Heritage Association. Phyllis is a well-known figure in the community and an exhibition is currently being held in the Heritage Centre focusing on her career developments to help share her amazing story with the public. 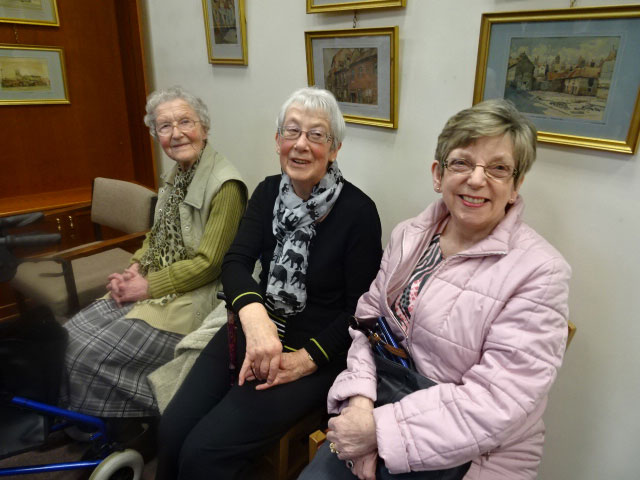 The Heritage Centre remained in Marshall’s old buildings for many years but a time came when the site was re-developed and the new shopping centre, Marshall’s Yard appeared. Times were difficult for the Association as they had to move, re-house all of the archives and find new premises. Luckily, back in 2008, the Association had some good fortune when the Old Post Office building situated on the corner of Spital Terrace and North Street was offered to the Committee by local businessmen Cliff and Carlton Bradley. 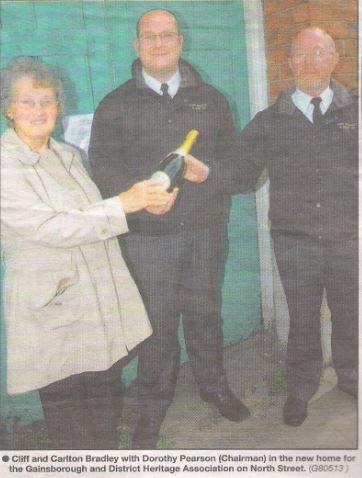 Pictured above Dorothy Pearson with Carlton and Cliff Bradley

Current Chairman Andy Birkitt said in his AGM speech in May 2019 that, ‘when you visit the Centre today what you are witnessing is the culmination of an 86-year journey. Because although in 2019, we are celebrating our twenty-fifth year, those founding members picked up a call for a museum that had been made in the town 60 years earlier, who would have thought it. And, with hard work and dedication from a relatively small team of committee members and volunteers the Heritage Centre continues to improve and grow from strength to strength, not only in the physical museum but in the promotion of our heritage through social media and our website to a much wider world audience.’ 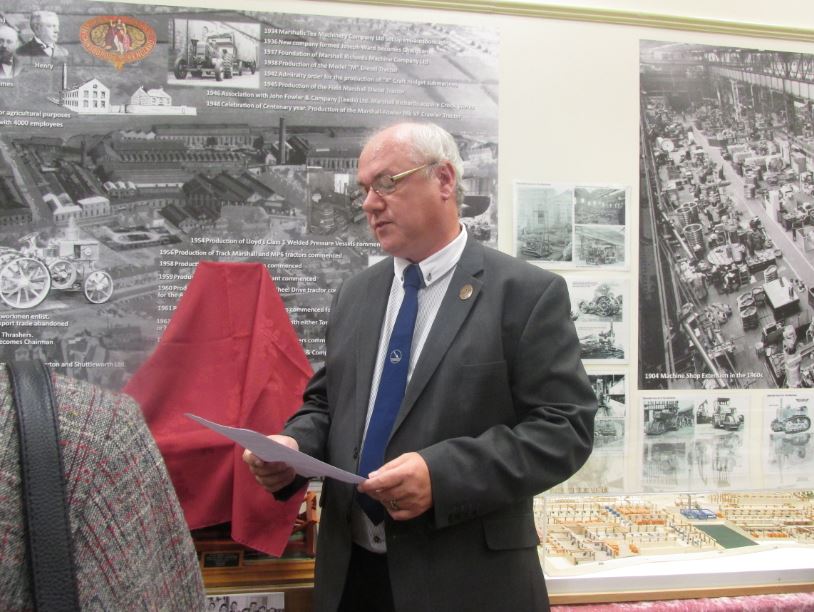 Andy Birkitt sharing his speech on the twenty-fifth anniversary celebrations

The Heritage Centre is volunteer-led and continues to thrive and develop with new exhibitions, events, research facilities as well as new technology to further enhance the preservation of historical documents housed in its archives and much more.

Volunteer, Gemma Clarke said: ‘Since the Association has moved into the Gainsborough Old Post Office the new Centre has grown from strength to strength with the building being re-developed on all three of the floors and officially opened by Julia Deakin in 2016 with new permanent exhibitions including a street scene and many fantastic industrial exhibits from apprentice models of tractors to boilers. 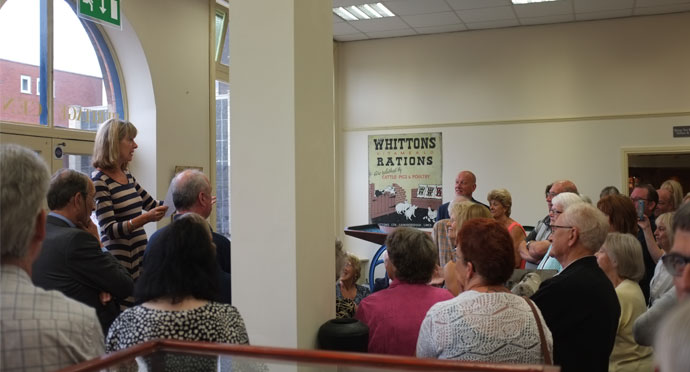 Julia Deakin giving her speech at the opening 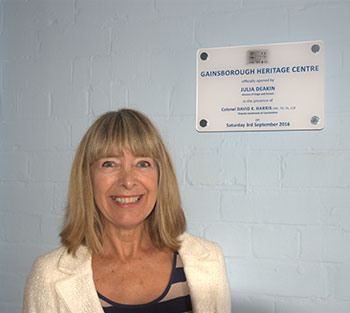 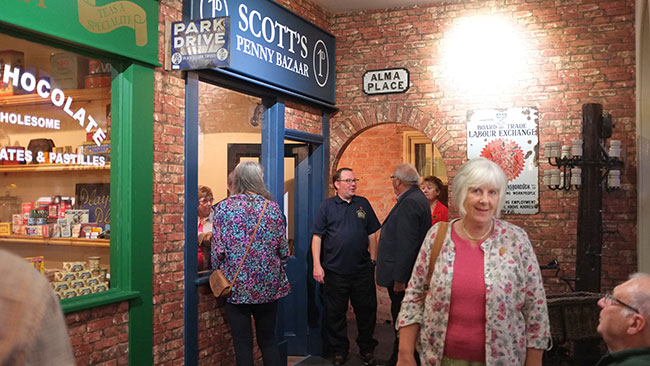 Over the past few years, the team of volunteers have continued to develop the exhibitions with museum cases to protect archival objects on display. New permanent features such as a model of a Marshall Bristol Fighter has been added and lives in the industrial exhibition space on the ground floor. A large Roman bowl found at the Gainsborough golf club and donated by Ping to the Centre to be preserved is also now placed on permanent display. 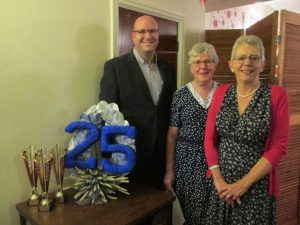 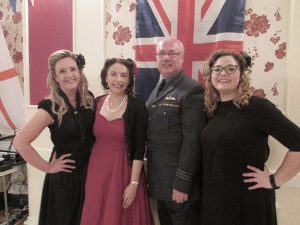 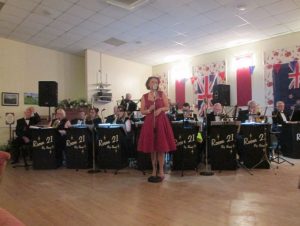 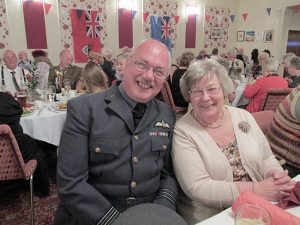 If you would like to visit the Centre or find out more and help the Centre by either donating objects or volunteering, the Centre is open every Tuesday and Saturday 10am to 4pm and every Sunday 11am to 4pm.

Your ticket for the: Gainsborough Heritage Association Celebrates Its Twenty-Fifth Anniversary