How a Glentworth Family Changed the World 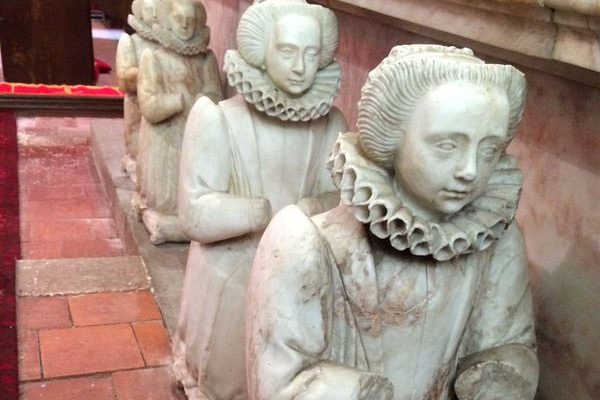 Adrian Gray explains how two sisters and a brother from Glentworth, born under the Tudors, supported a network of radical reformers who changed not only the face of Christianity in Britain, but the very shape of the World and the ideas by which we live.

in 1606 the leaders of the ‘separatists’ met at the house of Isabel Wray, a woman from Glentworth, to make the momentous decision to leave the Church of England ~ and therefore to seek refuge in Holland. Key figures like John Smyth, Richard Clifton, John Robinson and Thomas Helwys attended this meeting, and from it came the formation of the Congregational and Baptist denominations, the ‘Mayflower’ voyage and New England. it set in motion intellectual journeys that were to reject the harsh dogma of predestination, overturn infant baptism and influence the American Constitution.

These men met at the house of a Lincolnshire woman because she, her sister and her brother were significant leaders across the region. Yet although they knew figures of international stature, it is only recently that the impact of this extraordinary family has started to be understood. When history was written by men, the contribution of two women was understated. It is a story marked by the extraordinary family memorials in the churches of Glentworth and Snarford, and now being pieced together for the first time by local historian Adrian Gray. This is a story which is vital to explaining the place of West Lindsey in global history.

Register for Event: How a Glentworth Family Changed the World

Your ticket for the: How a Glentworth Family Changed the World

How a Glentworth Family Changed the World