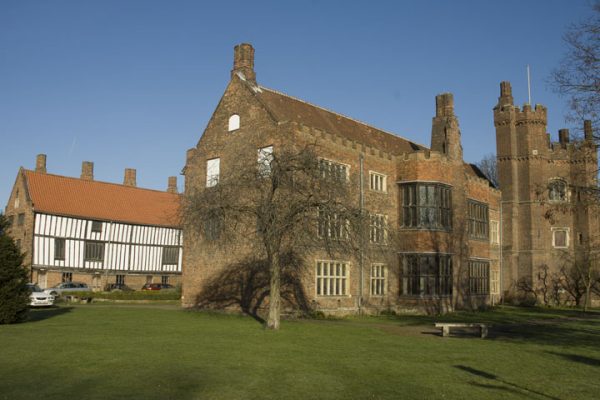 The third series of talks are to be based on the iconic building of Gainsborough Old Hall. Come with me on a journey of discovery and exploration. Gainsborough Old Hall is a major medieval manor house in an urban context, however that has not always been the case. It was built on the edge of a small inland port. Its former grounds are much shorn, they once stretched to the Parish Church, down to the River Trent with open lands to the north. The 19c heavily reduced its setting with housing development encroaching upon its ancient lands. The Old Hall is now over 550 years old thanks to three major restorations in 1849, 1870’s and finally in 1949 under the auspices of The Friends. The course shall try to make sense of the building, of the families who have owned it & look at its associations down the centuries. And we shall ask ourselves whether The Friends were wise in expending their time and resources in saving a building, which belongs to a different time zone and stands incongruously in the 21c.Should we indeed rescue these old buildings and if so why and what role may they have.

Before you attend the series, please contemplate visiting the Old Hall walking around the complex and if join The Friends for £7, the actual cost of admission, and that membership allows you free entry every day its open, including events day. A Guided Tour by Paul may be arranged in the future

The series is to be held on each Wednesday in March 2017 @ 7:30pm in Gainsborough House

Admission is £4 per person

Tea and Biscuits are available during the intermission (donations gratefully received)

Your ticket for the: Paul Howitt Cowan Lectures – 1. The Old Hall in Context